What Is Alipay?: The Ultimate FAQ Guide 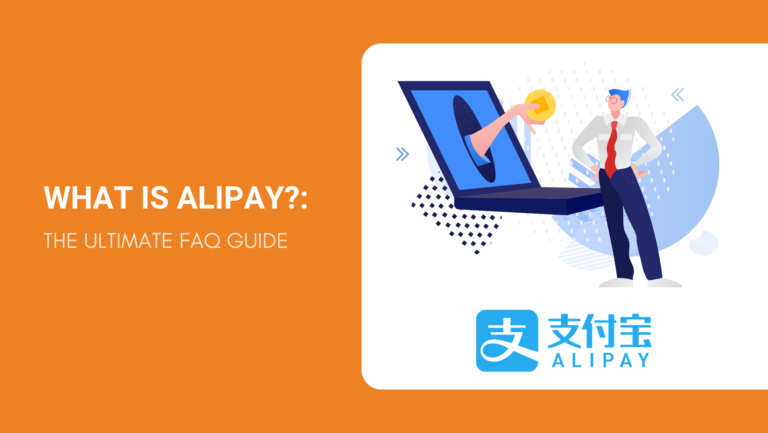 In this Ultimate FAQ Guide, we will cover all aspects which might be useful to you, including Alipay’s features, story of Jack Ma, etc.

If you are a Shopify dropshipper, Amazon seller, or seller of other E-commerce platforms, the brief introduction of Alipay here will facilitate your business related to the Chinese market.

If you intend to hire a professional dropshipping agent like NicheDropshipping to source products from the Chinese market in an easy and inexpensive manner, some knowledge about Alipay will be helpful.

Table of Contents
1 What Is Alipay?
2 Can I Trust Alipay?
3 Who’s Jack Ma, the founder of Alipay and Alibaba Group?
4 How to Compare Alipay to Paypal and WeChat Pay?
5 Where Can I Download Alipay and How to Use It?
6 Conclusion

As an Internet-based third-party payment software, Alipay was officially launched on December 15, 2003, and at the beginning only served as a functional division of E-commerce payment for Alibaba Group.

Alipay’s role in the Chinese market is relatively similar to that of Paypal in the global market.

However, Alipay perhaps emphasizes more on FinTech, which has been a very trendy word all over the world in recent years, in comparison to Paypal or WeChat Pay.

In other words, Alipay also receives capital deposits from, and grants loans to its 1.3 billion global users, on the basis of the gigantic amount of transaction records and personal credit ratings, etc, stored in Alibaba’s Cloud Computing Center.

In the first decade of the 21st century, Alipay and Alibaba Group had developed rapidly and successfully, as Paypal and eBay Group had done during the same period.

In June 2011, Jack Ma, founder of Alibaba Group, made the decision to separate Alipay from Alibaba Group, in order to acquire a business license of Internet-based payment from the Chinese government.

A new business entity, Ant Financial Group, was then established for independent operation of Alipay.

At present, by embracing the global trend of FinTech, Alipay has become one of the most successful E-commerce software in the world.

Can I Trust Alipay?

Yes, you can trust it. Alipay is the official payment software of Alibaba Group, which is the world’s largest E-commerce platform, immediately following Amazon Group.

In addition, after many years of rapid development, Alibaba Group and Alipay have accumulated a great amount of useful experience in Internet security issues, as well as infrastructure deployment, domestic and global business operations, etc.

“The global trend of cyber security is to set up a comprehensive framework for prevention and control of risks like computer virus or hacker intrusion,” said Chen Luobin, a senior technician of computer security working for Alipay.

The smart risk-control system of Alipay is AlphaRisk, which is characterized by Interactive Risk Management, and incorporates nearly 500 quantitative strategies and 100 risk models, which provide 7×24 real-time risk detection and transaction protection.

You can trust Alipay and Alibaba Group, as you trust Paypal and eBay Group.

In fact, Alipay stays on top when it comes to QR code payments in 2022, followed by Paypal and other known payment gateways.

Who’s Jack Ma, the founder of Alipay and Alibaba Group?

Jack Ma was born in Hangzhou, Zhejiang Province, China, on September 10, 1964. As a child he was outgoing and naughty, and was interested in learning English.

Later, he became a good friend of David Morley, an Australian teacher teaching English in China, and his teenage son, Ken Morley. It was the Morley family that invited Jack Ma to make a long journey to Australia, which greatly broadened his horizon.

In 1982, after graduating from the high school, Jack Ma took part in the College Entrance Examination, but he failed for the first time, because he scored only 1 in Mathematics (full score being 100).

It seemed that the word “Mathematics” did not bring good fortune to Jack Ma, and the good fortune brought to him by English obviously could not offset his complete failure in Mathematics.

In the next year, Jack Ma made great progress in Mathematics, and this time he scored 19. However, he failed again in the College Entrance Examination due to poor overall performance.

In 1984, Jack Ma succeeded in being admitted into the English Department of Hangzhou Normal University, with a Mathematics score of 89, after participating in the College Entrance Examination for a third time.

After university graduation, Jack Ma had worked as an English teacher in Hangzhou Dianzi University from 1988 to 1995.

Jack Ma’s first attempt to start up his own business was made in 1991, when he founded  Haibo Translation Society, which still exists today.

In 1995, Jack Ma visited the United States to participate in an investment project of express highway as an interpreter. It was during this time that his great interest in the great potential of the Internet was aroused.

In 1999, www.alibaba.com was launched, which aimed at providing B2B services of international trade. The aforesaid domain name was bought from a Canadian who had registered it two years earlier, at a price of 10,000 US dollars.

At that time, Jack Ma and his business partners (most of them being his students) had raised a start-up capital of 60,000 US dollars.

It was a big and difficult decision for them to spend one sixth of their start-up capital to buy only a virtual and simple domain name like that.

However, in retrospect, this was a wise decision, because the Arabian story of “Ali Baba and the Forty Thieves” is very famous and well-known all over the world, and befits the spirit of exploring for business opportunities everywhere.

In 2003 and 2004, Taobao, a domestic E-commerce platform which provided C2C or B2C services to domestic customers, and its payment tool, Alipay, were respectively launched by Alibaba Group.

Aliexpress, a global platform of online retail service, was set up in April, 2010.

The next year, Jack Ma separate Alipay from Alibaba Group and established Ant Financial Group to independently operate Alipay which has gradually evolved into a comprehensive platform incorporating Internet-based payment and FinTech today.

Jack Ma is a keen reader of Wuxia novels (novels related to martial arts), especially those written by Louis Cha (Jin Yong), and he alleged himself to be “good at fighting with others while still being a child”.

When he was 13 years old, he became a good friend of a number of foreigners living in Hangzhou, and used to ride his bicycle and carry his foreign friends with it to make journeys all across the city on weekends or holidays.

Today, Jack Ma is one of the most prestigious and influential business leaders in China and the world. He is at the same time a philanthropist, educator, Kung Fu player, and strong advocate of the social responsibilities of entrepreneurs.

How to Compare Alipay to Paypal and WeChat Pay?

According to a Statista report, Alipay and WeChat Pay are expected to still dominate the mobile payment services in China with a combination of 2.5 billion users by 2025.

In the international arena, Paypal is taking a great lead. It had a total of 426 million users and generated a revenue of 25.3 billion USD in 2021.

For example, if you are a loyal user of Alipay, and previous records, such as shopping information, suggest that your credit status is good, Alipay might be willing to grant you a credit line of 10,000 US dollars, with relatively low interest rate.

At the same time, Alipay provides its customers with access to a number of funds, such as Tianhong Fund, which can be purchased directly, at annualized returns of approximately 2-5%.

Alipay has reported a total of 1.3 billion active users. However, Paypal is more globalized and covers a more extensive area in the whole world. Alipay focuses more on the domestic market of China.

WeChat Pay is less  ambitious in Fin-Tech. As a payment tool embedded in WeChat, an instant messenger which has attracted 1.2 billion Chinese users, WeChat Pay focuses more on payment and life services such as electric bill and water bill.

Where Can I Download Alipay and How to Use It?

As Alipay is a world-famous APP, you can download it from mainstream APP platforms like Google Play, Apple Store, as well as other platforms.

The following steps will guide you on how to install and use Alipay:

In addition to Google Play and Apple Store, you may also download Alipay from its official website. Sign up with a valid mobile phone number acquired in your country or China.

Alipay supports mainstream credit cards such as VISA, MasterCard, or JCB. You may also add a bank card or credit card acquired from Chinese banks.

At this step you’ll need to fill in your name and other information like passport number in order for Alipay to verify that the person currently filling in the information is “you”, and not someone else, through Big Data and Cloud Computing Center.

Step 4: Confirm Your Phone Number and Other Info Registered with Your Bank

At this step Alipay will verify the information you provide to those you have registered at the bank. Make sure that the name and phone number you enter are exactly the same with those put on file at your bank.

Step 5: Enjoy Shopping and Other Services Freely with Alipay

With Alipay you will be able to buy delicious Beijing Duck from a restaurant nearby, rent a PlayStation 4 to play video games at a moderate price of monthly rental, or even obtain petty loans if you are a foreigner with good credit records.

Alipay is a useful and trustworthy payment software. If you are doing any business related to the Chinese market, it would be helpful for you to learn something about Alipay, as well as the difference between Alipay and Paypal, WeChat Pay.

In addition, a brief introduction of Alibaba Group and its founder, Jack Ma, would help you to acquire a deeper understanding of E-commerce and dropshipping business in the Chinese market.

This FAQ Guide has been compiled by NicheDropshipping, a professional dropshipping agent headquartered in China, in order to briefly introduce Alipay to you to facilitate your business related to the Chinese market.

If you want to sell the products sourced with your own brand, we as a professional dropshipping agent will communicate with the manufacturer on branded packaging and private labeling. 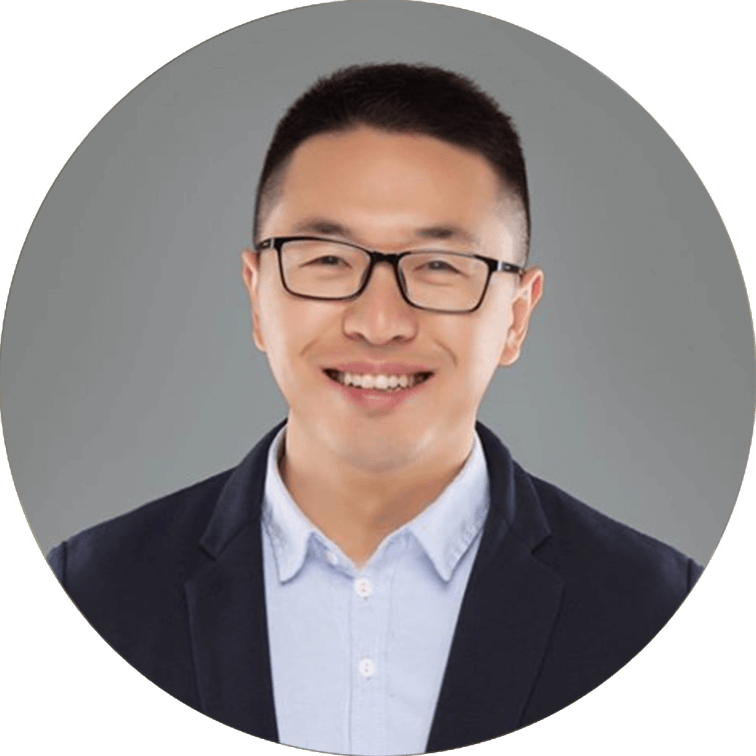